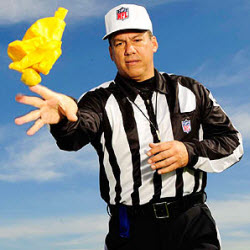 Stiles Says: I never thought engagement should be the whole game anyway. Just because I don’t give my TV a thumbs up doesn’t mean I didn’t like the show I just saw.

Often times this means posting viral photos (including memes) & updates that are completely off topic, but engaging.

The idea is to get tons of engagement on these posts, increase Edgerank, & ensure your other posts (for example, link posts that drive traffic to your website) get seen by more people.

I’m all for this — and it’s a tactic we’ve employed on Post Planner’s page for quite some time. With huge success.

This sounds great — and it makes sense that Facebook is attempting to show you the right content.

While the goal of News Feed is to show high quality posts to people, we wanted to better understand what high quality means. To do this we decided to develop a new algorithm to factor into News Feed. To develop it, we first surveyed thousands of people to understand what factors make posts from Pages high quality. Some of the questions we asked included:

So far so good — all of these items are qualities of highly sharable posts. But read this:

According to a Facebook source quoted by TechCrunch, memes will be targeted specifically & deemed “low quality”:

How in the world can Facebook determine if a post is a meme? And why would the post be considered low quality — especially if it gets great engagement?

If the post gets posted by a page I follow & no one responds, then sure — don’t give it a lot of visibility in the news feed.

Reading the above announcement, I get the impression Facebook will now be determining a post’s visibility in the news feed based on the post’s content — regardless of the level of engagement.

Brian Carter left a great comment on the TechCrunch article that deserves your attention:

Memes will be punished in the Facebook newsfeed. Facebook says that memes are low quality. Facebook did not say why they believed memes to be low quality, and I completely disagree. I need an explanation. I thought memes were one of the more interesting things Facebook had surfaced- a fascinating contribution it was making to modern culture. I would argue that memes are high quality, because they work- and they’re like words or symbols but just more complicated units of culture.

Memes help Facebook marketers. For the last year, among other things I teach, I’ve shown companies how to leverage memes- because many companies, especially small ones, are at a disadvantage in this new world of publishing EVERY day. How do you come up with something new and effective, especially if you’re understaffed, undertrained, and underfunded? The fuel that social media burns is novelty, and sometimes you just have to be a little bit new, or combine two old things to get attention. Memes do that. They are a time-efficient and effective way to get a message out.

Facebook shouldn’t be judging content quality. This action is a huge shift in Facebook’s M.O., is it not? First off, making a judgment on the quality of any type of content (apart from things that are illegal or indecent) is new. Second, the newsfeed algorithm is supposed to surface what people interact with. Now, they’re saying that all these people are wrong. It’s snobby, like representative democracy. “You people are too stupid to recognize quality, so we’ll help you- we’ll just ignore that you like memes.” Instead of relying on their own newsfeed algorithm, Facebook will apply its own aesthetic, but with no explanation of the aesthetic.

I find this a disturbing precedent, because whatever alternatives to memes we develop may later be penalized as well. If Facebook says memes are crappy, what do they view as ideal content? Or should we just expect years of case by case elimination of certain kinds of content?

I think Facebook just stepped onto a slippery slope: judging content apart from illegal/indecent things, and it disturbs me that it’s not better defined.

If Facebook is going to select what is shown in the news feed based on content & not on engagement, then we have a problem.

You may hate meme posts — and that’s fine. But what if the posts get tons of engagement?

Doesn’t that mean the post is NOT low quality?  It obviously had enough value for fans to comment on it — so it seems to me to be high quality.

My speculation:  this algorithm test/tweak could be why pages are seeing a lower Reach number when posting photos. Facebook may be assuming the page is simply posting a meme or other silly photo to gain attention & engagement.

Moving forward this may be something we all have to consider when posting — but only time will tell.

The full scoop is here